Send me an email if you would like to know more or get a quote:
leah_heming(at)yahoo.co.uk 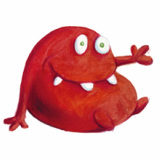 WORK HISTORY
• 'Numtums' Series 2- Concept designer with A Productions for the second Cbeebies series. The show is a CG pre-school animated TV series. Duties: designing the world, assets and some characters, as well as determining colour palettes and textures.
• 'Art Bastard' - Art Director, co-writer and and co-director of a pilot comedy short which will be released in early 2013.
• 'A Liar's Autobiography' - Art Director and Designer with A for Animation on the 'Sit On My Face' song section of the 3D stereoscopic animated feature film based on the late Monty Python member Graham Chapman which will be released in early 2013.
• 'Driver Dan's Story Train' Series 2 - Story Book Art Director with Aproductions on the animated pre-school Cbeebies television series. Duties: overseeing, art directing and commissioning 52 original picture books from international illustrators (Anna-Laura Cantone, Aurore Damant, and many more). Programme due to air in Spring 2012.
• Character and Concept Designer for animation: I work frequently as a freelance character and concept designer for animation projects (features, series and shorts).
• Character Designer and Illustrator for packaging: I have worked closely for many years with design agencies such as Design Board, Pineapple Design and Mildberry designing characters and pack illustrations for product ranges for clients such as Kraft, Unilever, Blusser, Draps de Rêves
• Picture Book Illustrator - I have illustrated 10 Picture Books with publishers Meadowside Children's Books, Wayland, Editions Auzou as well as illustrating 4 picture books for the first and second tv Series of Driver Dan's Story Train, one of which is now published by Macmillan.

SOME OF THE THINGS I DOTOOLSI am available to work in-house, to travel abroad for projects for any length of time or, work from my own studio.
Fluent in French, English and get by with a little Dutch too!

WHERE I COME FROM
I grew up and was schooled in Belgium where I attended the renowned art school St Luc Tournai.
I then moved to Cornwall in the UK to attend the BA (Hons) illustration degree at Falmouth College of Arts.
After completing the course, I packed up once more and headed for Bristol where I now work and live.